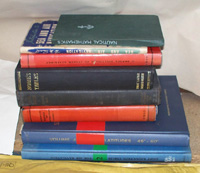 In the 1970s, Christopher Vogler, who was familiar with Joseph Campbell’s seminal book “The Hero With a Thousand faces” believed that he saw Joseph Campbell’s ideas on story structure being put to work in the first of the Star Wars movies, and wrote a term paper on the subject.
Later, around 1985, he took time off work (when working as a story consultant in the movie industry), and spent a week with a friend going through movie videotapes and identifying the mythic elements that made these films successful. Vogler drafted a seven-page memorandum which he handed to story analyst friends and to Disney executives. Reaction was muted, but the memo spread around the industry, even being plagiarized so that Vogler had to assert his name as the original author. This resulted in Vogler being called and offered a new job.
The Memo is quoted in full here.
The memo grew into The Writer’s Journey: Mythic Structure for Writers by Christopher Vogler (2007) a popular screenwriting textbook.